A presumed mastery of American history without total understanding of the role that Mr. Lincoln played in giving us the country that we’ve inherited today is a superficial exercise.

The Lincoln Institute, established through The Lehrman Institute, provided support and assistance to scholars and groups involved in the study of the life of America’s sixteenth president and the impact he had on the preservation of the Union, the emancipation of slaves, and the development of democratic principles that have found worldwide application.

The Lehrman Institute produced eight websites about Abraham Lincoln and the people with whom he lived and worked, which will soon be integrated on AbrahamLincoln.org and maintained under the auspices of The Gilder Lehrman Institute. 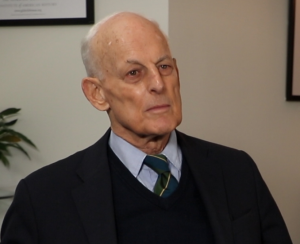 Lewis E. Lehrman was presented the National Humanities Medal at the White House in 2005 for his work in American history. He has written for The Finest Hour, the Washington Post, The Churchill Project – Hillsdale College, the New York Times, the Wall Street Journal, National Review, New York Sun, Harper’s, and the Lehrman Institute (www.abrahamlincoln.org). Lehrman has authored Lincoln at Peoria: The Turning Point (a history of Mr. Lincoln’s anti-slavery campaign from 1854 to 1865); Lincoln ‘by littles’ (collected essays about President Lincoln); and Money, Gold, and History (essays analyzing the modern history of money and its role in civilization) and the forthcoming Churchill, Roosevelt and Company: Studies in Character and Statecraft and Lincoln and Churchill: War Leaders.